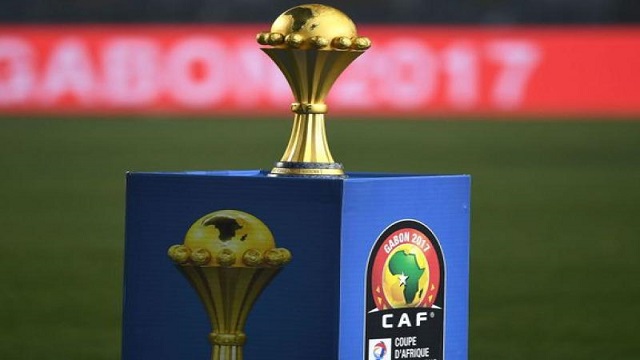 Which Teams are currently the Favorites for the next Africa Cup of Nation?

Commonly referred to as AFCON, this football tournament was first held in 1957. Back then, the only nations that took part in this initial cup were Sudan, Egypt, and Ethiopia. South Africa was scheduled to participate but was disqualified from the strict apartheid policies.

Since 1957, all the tournaments took place after two years, but this trend was scrambled in 2013 and now occurs in years that end in odd numbers to not clash with the World Cup.

Egypt is the most prosperous nation in the history of the cup. They have won seven times, and they are still in the run to bag the eighth win during this year’s Afcon. The current champions are Algeria, and they have won this title only twice. However, this does not deter them from bagging the glory this season.

As the Afcon qualifiers are currently taking place, Africans find themselves choosing and picking their favourite teams who they support to win the cup. You can also already check the odds at various bookmakers if you want to place a bet on the Africa Cup of Nations. This article shows that there are lots of companies making that possible including betting giants like Bwin and Betfair. Next to guessing the winner, you can also bet on who will surpass Samuel Eto’os record of scoring 18 goals in the tournament.
Here are some of the favourite Africa cup of nation teams:

During the 2019 AFCON, Algeria bagged the victory defeating 24 other teams that had qualified to compete. Djamel Belmadi was the coach who steered the national team to claim their second ever cup in a long time. During the entire tournament, the Algerian players were powerful, calm, and highly technical when playing on the pitch.
In the first Round, Algeria won all three matches, which saw them get into the semi-finals. While here, they faced off with Nigeria to get a 2-1 win thanks to a goal by Mahrez.
They then proceeded to face Senegal in the finals, where they won 1-0.
Therefore, Algeria is a world-class team that is loved by many.

Nigeria is undoubtedly a large country and thus has a huge fan base. The national team is loved by many all across the world. In the 2019 AFCON, Nigeria was led by Coach Gernot Rohr. The Super Eagles took third place in the tournament after suffering a 2-0 defeat by Madagascar and the fatal 1-2 defeat by Algeria.
Further, in the Round of 16, Nigeria pounded their Cameroon brothers 3-2, and this proves the Super Eagles are still soaring high and may have a shot at this year’s AFCON championship.
In recent international friendlies, Nigeria has faced off with teams like Benin and Lesotho and emerged victoriously.

Algeria has to be the worst thing that has ever happened to Senegal. During the finals of 2019 AFCON, Algeria smashed Senegal 2-1. However, it was not all gloom for this national team. During the previous AFCON, they scored five wins in the tournament, and they emerged second.
Fast forward to 2021, during the qualifying rounds, the Senegal Lions managed to get a 2-0 win over Congo and a subsequent 4-1 win over Eswatini. In other international friendlies, they got a 1-0 win over Nigeria’s Super Eagles.
In this year’s AFCON, Aliou Cisse is the coach of the Senegal Lions; things may shift in Senegal’s favour with international players like Mane and Koulibaly in his squad.

Alias the Carthage Eagles, the Tunisia team is a force to reckon with. They currently occupy fourth place in the AFCON. So far, this is the best ranking they have had since 2004.
During the previous AFCON tournament, the Tunisian team had come close to exiting the competition early after kicking off to a rocky start.
Their fate was sealed when they went up against Senegal, where they suffered a 1-0 loss in the semi-final stage.
That far, the Carthage Eagles have amassed a total of six points in the AFCON qualifiers. They defeated Libya 4-1.
The Carthage Eagles are a space to watch out for this year.

Madagascar may be an island, but they sure know their soccer. Tunisia eliminated them in AFCON 2019 by a 3-0 loss in the quarter-finals. However, they had a good run during that tournament where they beat Nigeria 2-0 and Burundi 1-0.
During the Round of 16, they went out on a draw with DR Congo before carrying the day with penalties (4-2).
They have thus far secured a spot in AFCON 2021, and you can expect nothing less than pure action from these young stars.

Egypt has to be the most supported nation in the AFCON tournament. With international players like Mohammed Salah on the team, you can anticipate nothing but the best. They have held the AFCON title for a record seven years, and this season, they are out for another cup.
Since the establishment of the cup in 1956, the Egyptians have taken part in 25 out of 33 tournaments. They will surely defend their title as AFCON champions.