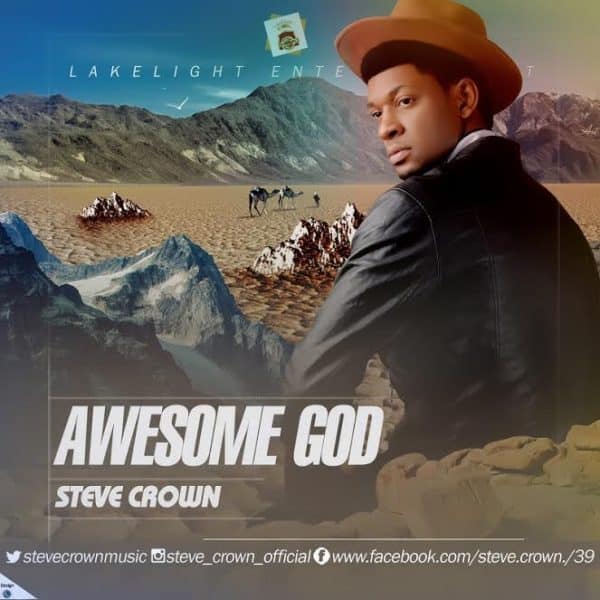 It’s been a great year bagging so many award nominations nationally and internationally. Steve Crown has been nominated for Bagmaawards in two categories and Aeleawards with the likes of Sinach, Sonnie badu, Frank Edwards and others in same category.

With a rising profile, Steve is highly sorted after and rave of the moment. His first album You are Great has topped iTunes most purchased album.

After releasing his last single You Alone, the sonorous singer is back with yet another worship tool ‘AwesomeGod’

I believe God is about to do great things in the land and the revival will happen through worship. Awesome God is a project that proclaims His majesty and mighty deeds across the universe.

Let the nation’s rise and proclaim his Awesomeness.