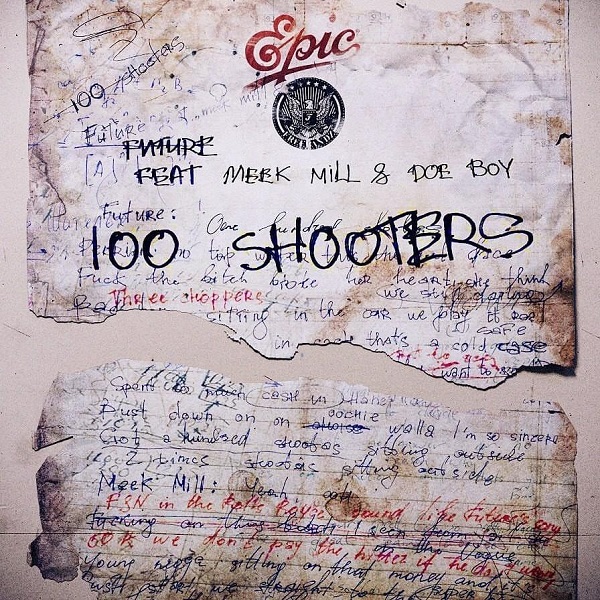 The new single follows the release of Future’s 7-track project SAVE ME, which received mixed reviews from fans.

YOU MAY ALSO LIKE: Drake – Money In The Grave ft. Rick Ross

However, 100 Shooters already seems like a song that will be well received and banged in clubs and chill zones.

Furthermore, the song comes just before Future and Meek Mill set off on their Legendary Nights Tour next month.

Perrier-Jouët, no tap water, this the real face
Fuck the bitch, broke her heart
She think we still dating
Three choppers sitting in the car, we play it real safe
Fifty million dollars in cash, that’s a cold case
Spent so much cash on Chanel, they wanna see ID
Bust down on her, Oochie Wally, I’m so Sincere