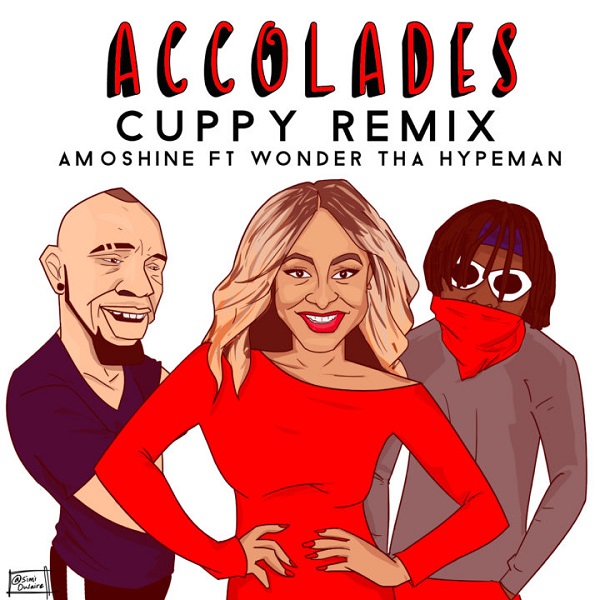 DJ Cuppy needs no introduction… Created from one studio session, Cuppy deserves some REAL accolades for this remix! “Accolades” was just released by Amoshine featuring his sidekick, Wonda Tha Hypeman. Cuppy has decided to take the song to the next level.

Few industry critics have called this remix more than just a mashup, saying this is a whole new fresh song but hey be the judge and feel free to put on repeat! This creation can be considered ‘Neo-Afrobeats’ with elements of Afrobeats and Hip hop.