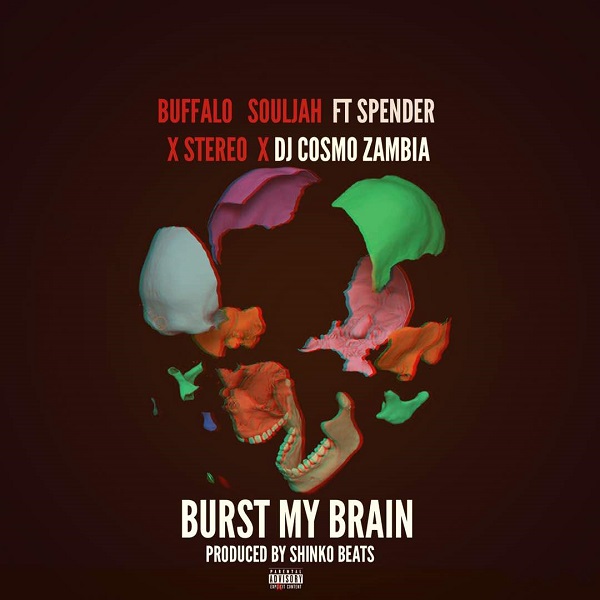 He has teamed up with Nigerian SA based trap and Grime Rappas Spender of the hit single The Lag ft Tshego and his brother Stereo ‘One Of Africa’s hottest Grime Rappa also featured on the song is Zambian King of dance-hall Dj Cosmo to give you this banger titled Burst My Brain With a touch of everything from Afrobeat, Hip-hop and dance-hall produced by Zambian number 1 producer Shinko Beats.