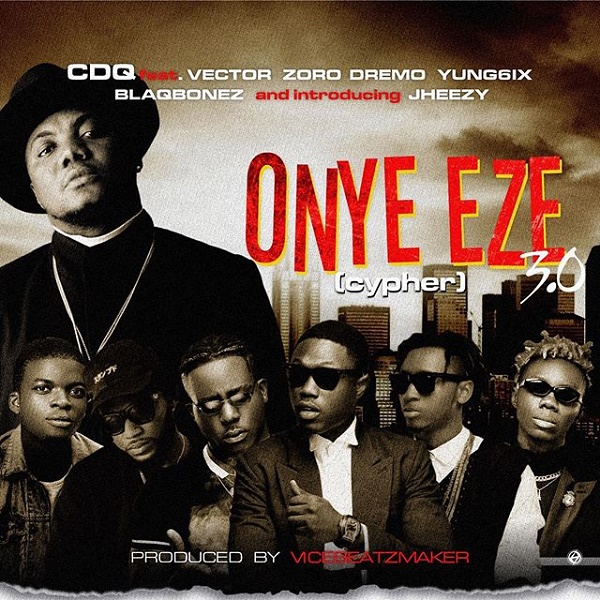 Following the massive success from the previous version titled, Onye Eze 2.0 (Remix) which featured rave of the moment, Zlatan.

On Onye Eze 3.0, CDQ featured some talented Nigerian rappers in the likes of  Vector, Zoro, Jheezy, Yung6ix, Dremo and Blaqbonez who did amazingly well on this tune.