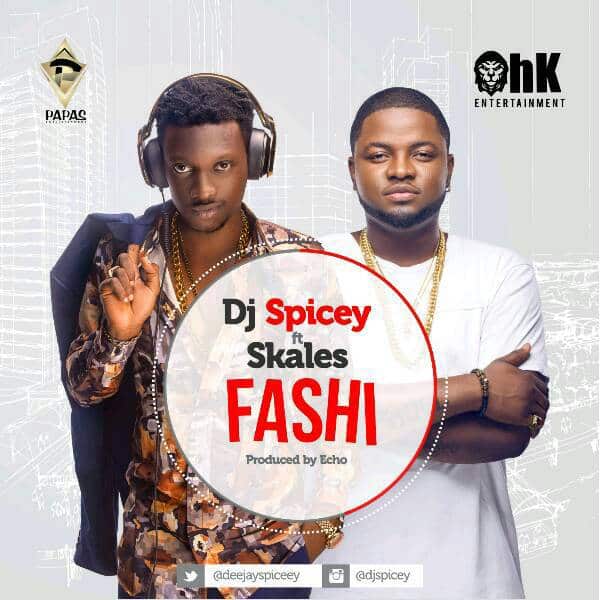 Skales teams up with  “DJ SPICEY” his official Deejay,  under his OHK Entertainment , after the Deejay’s previous single #Ballout which featured likes of Hkym now Kym O, CDQ, Skales and was ‎produced by MasterKraft with a follow up Video directed by Klef visuals (Samklef).

FASHI was produced by Echo and mixed and mastered by Kenny Wonder.