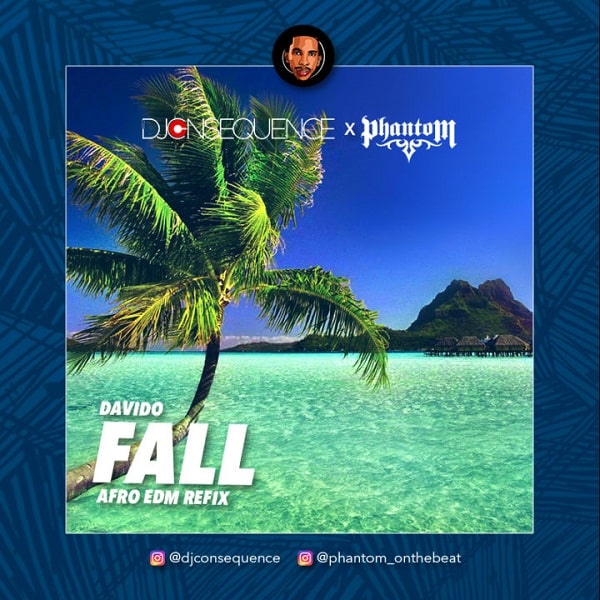 “Africa’s premium Disc Jockey and Quilox Resident DJ – DJ Consequence (a.k.a The Vibes Machines) teams up with raving music producer; PHANTOM (producer of hits like “Aye Po” by Airboy and “Who” by DMW’s Dremo) to kick off a DJ/Producer refix/mashup series of local and international hits and the first one out is this amazing AFRO EDM REFIX of Davido‘s monster jam – FALL.

With the original version of FALL causing major commotion on the airwaves, DJ Consequence and Phantom made it even better by totally changing the face of the tune to make it a true Afro EDM Refix.

DJ Consequence, who is also the resident DJ at Soundcity 98.5 FM, will be launching his own club gig in a short while and also some singles/videos lined up in the coming months.

“FALL” Afro EDM Refix is one of many refixes that will be released in the coming weeks as part of this exciting series by DJ Consequence and Phantom. Follow @djconsequence and @phantom_onthebeat on Instagram for more updates.”