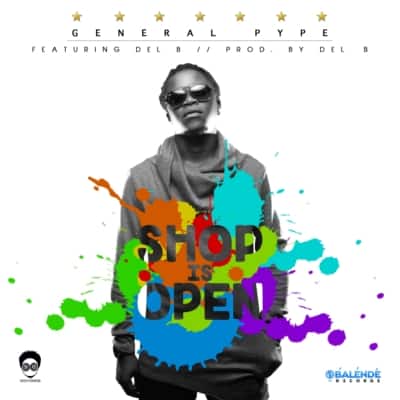 The dance hall show stopper, General Pype is out with this new record titled “Shop Is Open” produced by Del B.

Started Music in the early 90’s but became more professional around 1998 that was back in the secondary school where he joined 30-man Classical/opera singers as of then, they were among the top 3 classical groups in Nigeria they are called THE TRIUMPHANT CHORAL VOICES headed by ASP Mike Ohiri. Pype (then called Majek) was the BASS singer of the group.

They performed at the Eagle Square Abuja to usher in the Millenium where Pype delivered a lot of solo performances with THE GRAND CHAMBER ORCHESTRA. 2001 they made history by rendering the complete works of G.F HANDEL’S MESSIAH which has 56 works.

Listen to General Pype – Shop Is Open produced by Del B below, download and share your thoughts.