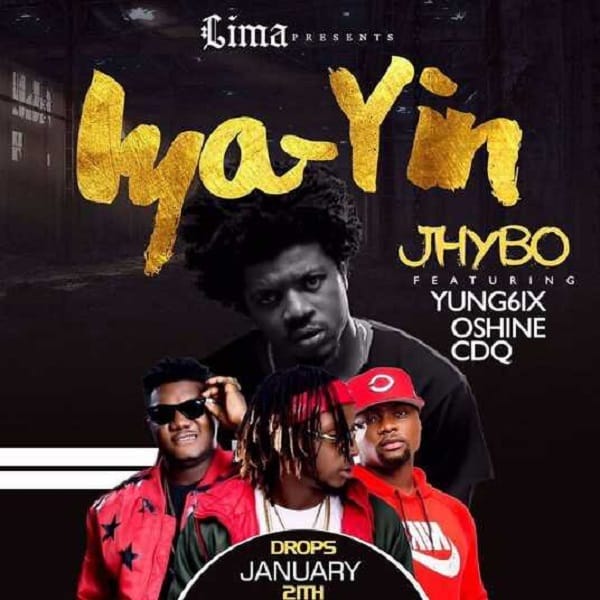 Jhybo aka da Rapwoli celebrates his birthday today with his first single release for 2017, the remix of Iya Yin featuring CDQ, Yung6ix and Oshine.

Iya Yin was originally released in September 2016, following a number of requests to jump on the track the remix was birthed.

Jhybo kick starts with his razor sharp rap, followed by CDQ and Yung6ix intrepid unique flows, OShine, fearless then locks off the beat. Iya Yin is a sweet laid back trap beat fired up with the guys boastful and swanky lyrics .