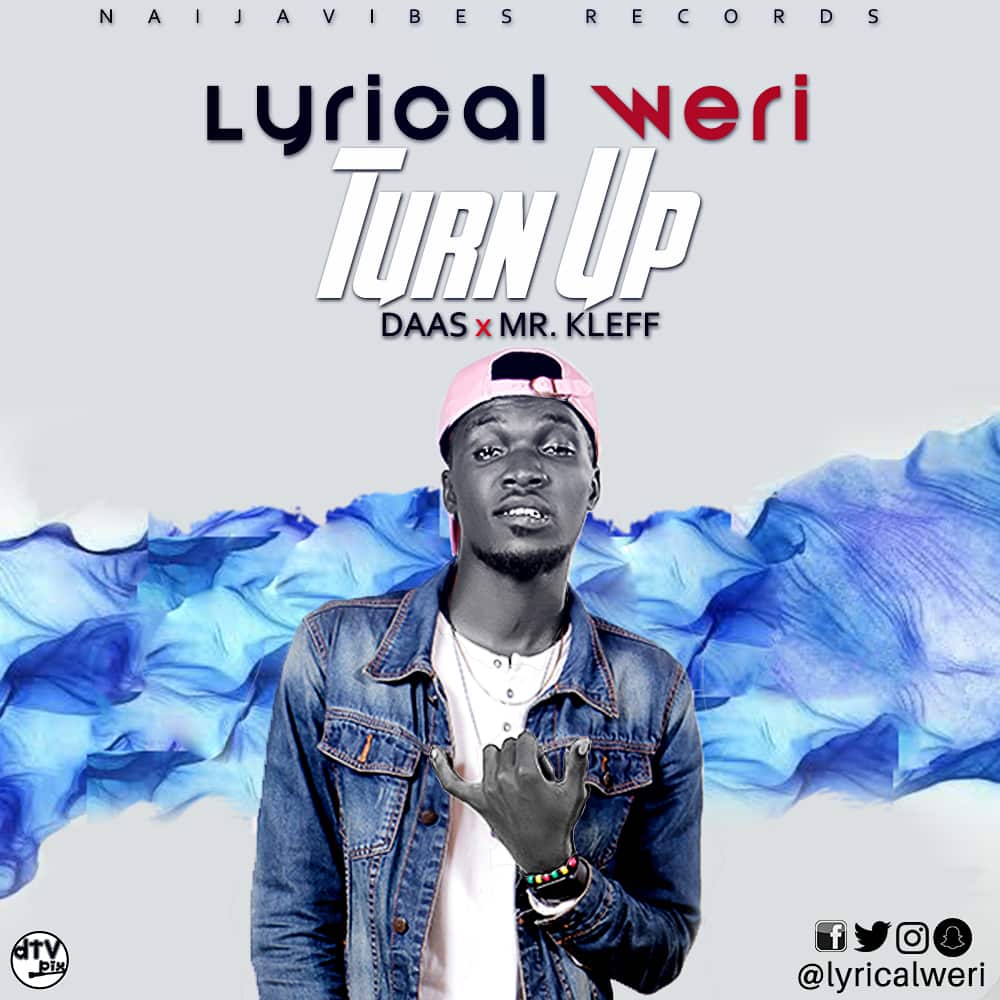 Lyrical Weri is known for his versatility when it comes to dropping ear banging punchlines accompanied with a lot of story lines which will get you dancing at first listen. He is credited with songs like Mummy Mi, Say Yeah and a host of other songs.

The video for this massive hit has been shot and will be released in a couple of days.

While we await the, Check out “Turn Up” by Lyrical Weri! Don’t forget to share!