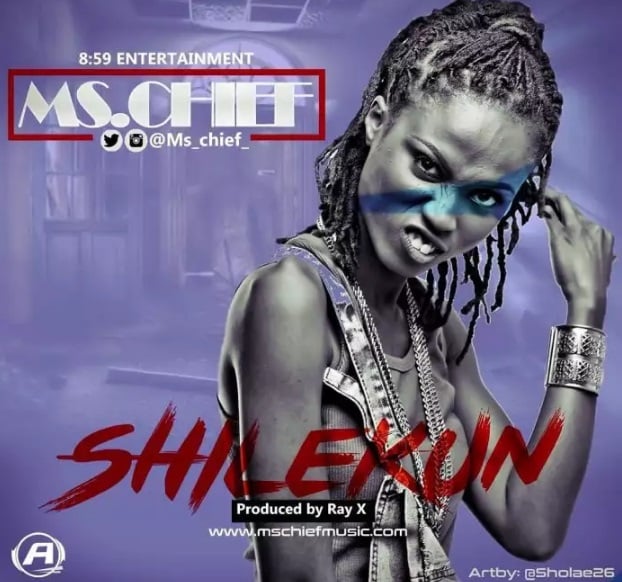 Just when the world is embracing the prospects of a first female president in the world’s most influential democracy another female leader has risen in Nigeria. Ms. chief A.k.A Otunba and Hilary Clinton have one thing in common, they just won’t give up. Today the boss lady released her street anthem titled SHíLèKùN and is sure to put local male rappers on their toes.

Ms. chief goes hard on SHíLèKùN and stakes a claim in being the best female artist in Nigeria. SHíLèKùN is fusion of Yoruba rap and a well laced hip-hop beat produced by Ray X.

The song follows her previous release which she titled ‘Ika Meji (Peace Sign)‘.