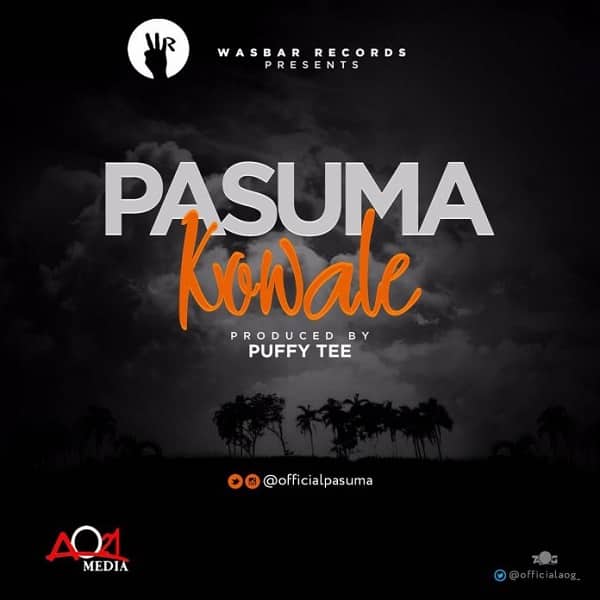 Kowale, according to the singer who will be celebrating 50 this year, is a love song that will blow people’s mind.

“A lot of my fans ask me why I keep dropping pop singles, I feel It is no longer a test of how versatile I can get, it has become part of me to do music and not just Fuji music… Am having fun and also redefining Fuji music… Everyone seems to love the song IFE, a love song from my first pop album, My WORLD, featuring Tiwa Savage, so I thought I could try another one and am sure it sounds good enough. My manager, Afolabi oyekoya once said….. We play by the rules no more, we simply change the game… That is what I am doing…”, he said. Produced by Puffy Tee, Kowale is a must listen for all music lovers,.

In July 2015, Pasuma shocked his fans when he released his first Hip Hop album titled ‘My World” . The 17 track album featured Patoranking, Olamide, Tiwa Savage, Phyno, oritsefemi and others.

‘Kowale’ is the second teaser off the untitled 2nd pop album after the release of ‘Change’ in November 2016.