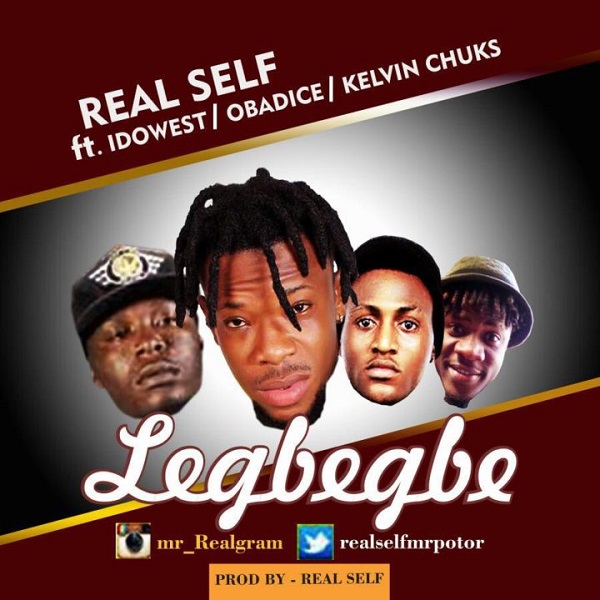 Real Self  dropped his self-produced banger titled “Legbegbe“ at the last quarter of 2017.

“Legbegbe“ which has been one of the most played song in clubs, radios stations and parties features Worldstar inc. act, Idowest, Obadice and Kelvin Chuks.

Mr Real‘s hit song “Legbegbe“ was has been the new street anthem. The song sounds like one spiced with South African kwaito vibes.