by Peter Godswill
in Music
0 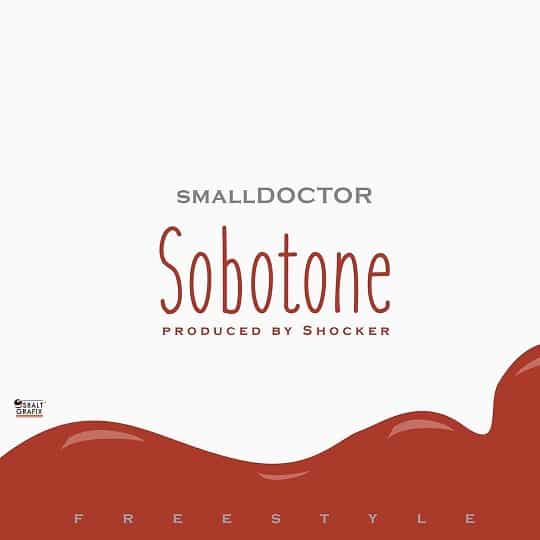 Sobotone by Small Doctor is a party friendly tune. This song is surely going to get massive acceptance from the street.

The singer recently released his “ Omo Iya Teacher “ album not so long ago with songs like ‘Gbera’, ‘Ile Ijo’  ‘You Know,’ ft. Olamide and others blowing up the streets on a daily.

Small Doctor is vastly popular on the streets and gradually getting known for his unique style, slangs and sound. One or even several of his tunes have appeared on about 90% of all mixes from late last year and its evident that the young man has got something to offer.

A few weeks ago, a viral video surfaced online where a young woman who sold traditional herbs that aid potency and  intercourse strength surfaced online and a number of people couldn’t help but laugh at how the young woman spoke about her herbs and their potency.

I Guess small Doctor also got the inspiration, of Recording his own version and selected the name ‘Sobotone’.