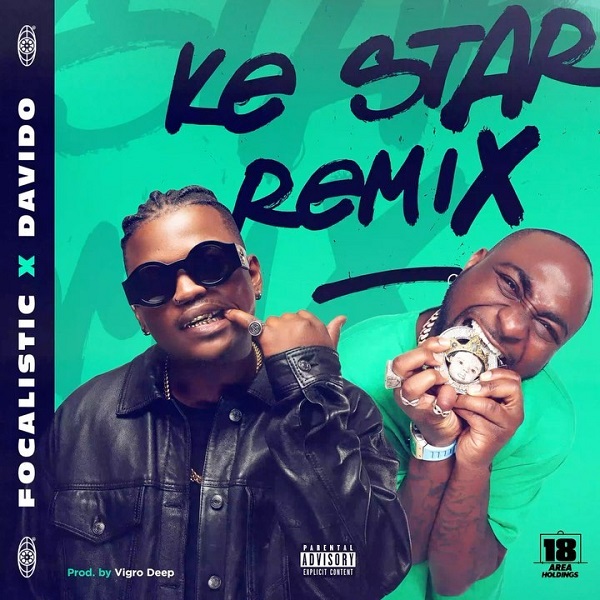 South African Amapiano virtuoso, Focalistic teams up with Davido on the remix to his massive single “Ke Star“.

Davido who had sessions with Focalistic while in Nigeria delivers an outstanding remix to one of the biggest songs ‘Ke Star‘; which has millions of streams on YouTube.

Recall in 2020, Focalistic was one of the biggest Amapiano artists in Africa as his record pushed him to the limelight. He also concluded the year with “Sghubu Ses Excellent” album.

Check out more songs from Focalistic on NaijaVibes;