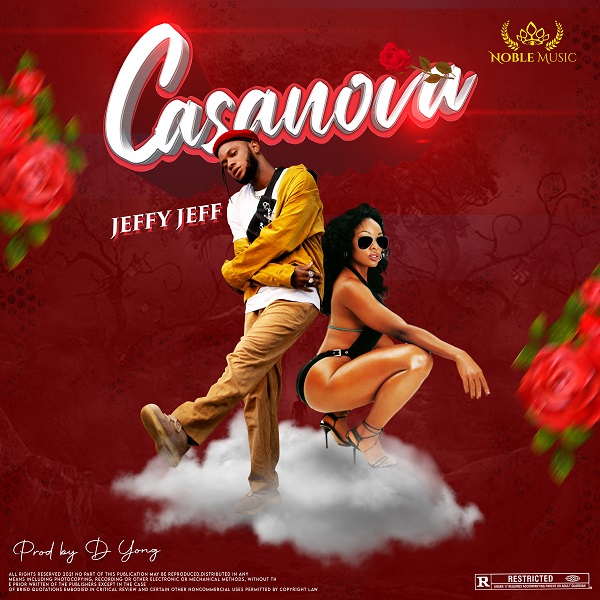 “No Gain Saying that a new but already household named sound is about to hit the globe in a different fusion called ‘Afrohiplife’.

“This new sound and fast recognized Genre is been introduced officially by a Port Harcourt-bred Nigerian Young artist, Songwriter and Record Producer known as Jeffy Jeff.

YOU MAY ALSO LIKE: Dr. Barz – Man Must Wack

“After approximately six months of experimenting with different sounds and building up a core fanbase, Jeffy Jeff who is officially signed to Noble Music releases his first official single titled ‘Casanova’.

“Jeffy Jeff’s Sound is rooted in Afrohiplife – From the Unique Rhythm of Afro to Hip and High life, it serenades to a calm but conscious mix of Melody with Lyrics like whirlwind.

“All things being equal, Jeffy Jeff believes that his sound will be gladly accepted as he’s not actually a total newcomer in the Music Sphere.”