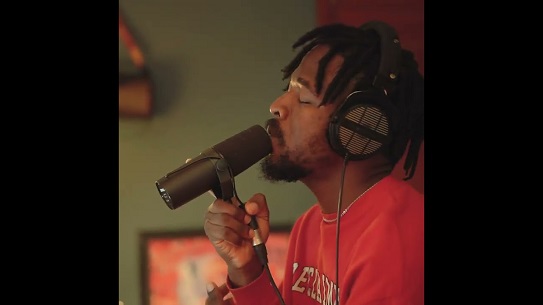 The music composer, bounces on the song ‘Stand Strong‘ released by Davido ahead of his upcoming album project, yet to be disclosed by the DMW general.

However, Johnny Drille couldn’t persist in his feelings and his urge to deliver his version to the trending and global record by Davido featuring The Samples in ‘Stand Strong.”

Furthermore, Johnny Drille flows astonishingly with his enticing and melodious vocals as usual.

Davido will announce his sophomore album which serves as a follow-up to  ‘A Better Time‘ album released in 2020.

Check out other songs from Johnny Drille on NaijaVibes;