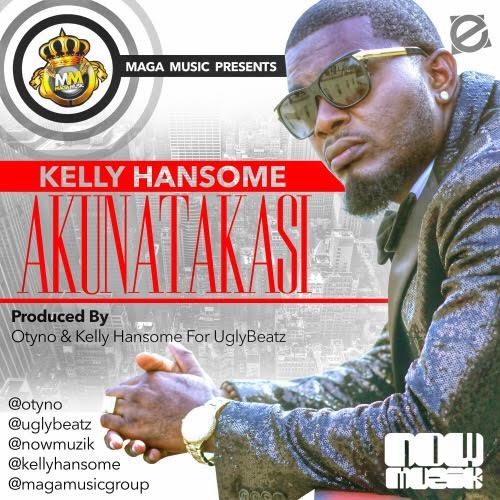 “This comes after the leak of ‘Bounce Along’ which still has the internet buzzing and wanting more from the Maga Music Group head honcho. Living up to expectations Kelly Hansome delivers Akunatakasi, a jam destined to win hearts and backsides on the dance floor.

Akunatakasi is an Afro pop single with a highlife groove dedicated to the loyal lady who stuck by her man through thick and thin as he hustles to become successful, in the song Kelly pledges to spend his fortune with his loyal chic.

Being one of those talented artists who are gifted with crafting beats as well as singing, Akunataksi is produced by Kelly Hansome with assistance from fellow Ugly Beatz compadre Otyno. The production quality is a testament of Kelly’s growth and consistency over the years.

Revealing the concept of the song to his followers on social media he shared pictures of famous couples whose relationships has stood the test of time. You can join in the conversation also by sharing pictures of model long term relationships and tagging Kelly Hansome on Instagram using the hashtags #Akunatakasi #GrindTogether #BallTogether.

The song premiered October 20 on the morning rush on The BEAT 99.9 FM with veteran OAP Olisa Adibua. In English, Akunatakasi means Wealth Bites.

The song is inspired and created to be the soundtrack to an upcoming movie by Charles Okocha with the same title Akunatakasi which stars Kelly Hansome who also plays a role behind the scenes as project manager for the movie.”