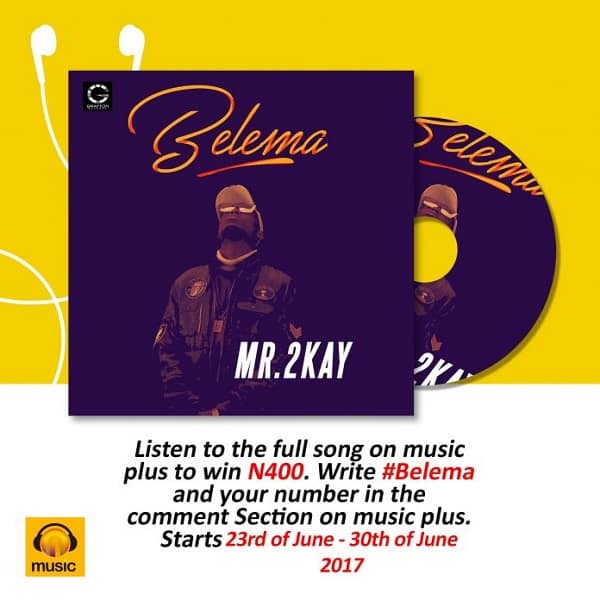 Singer, Mr. 2Kay has just released a love ballad titled “Belema” and according to his publicist, “this is the song that will make him great!”

“Belema” is an Ijaw phrase for “Love” and “Sweetness” and in this context, Mr. 2Kay delivers an ode to his love interest and garnishes it with a contemporary highlife beat produced by Micon.

The singer has also promised his fans a reward of N400. All they have to do is simply leave a comment with their phone numbers using the hashtag #belema on his MusicPlus streaming page (HERE).

According to Mr. 2Kay, “Belema” opens the door to his next album which will be released before the end of this year. Stream and get the song HERE.