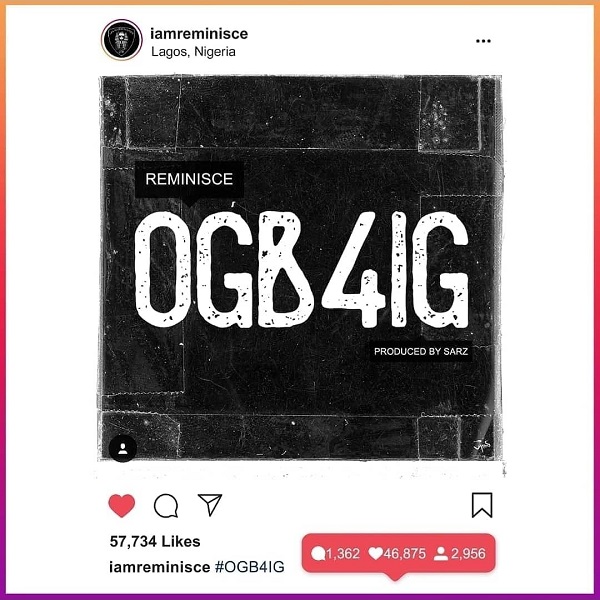 Furthermore, Reminisce has continued to stay relevant in the mainstream with couple of solid records.

Finally, the new single would serve as the indigenous rapper’s third official single of the year.