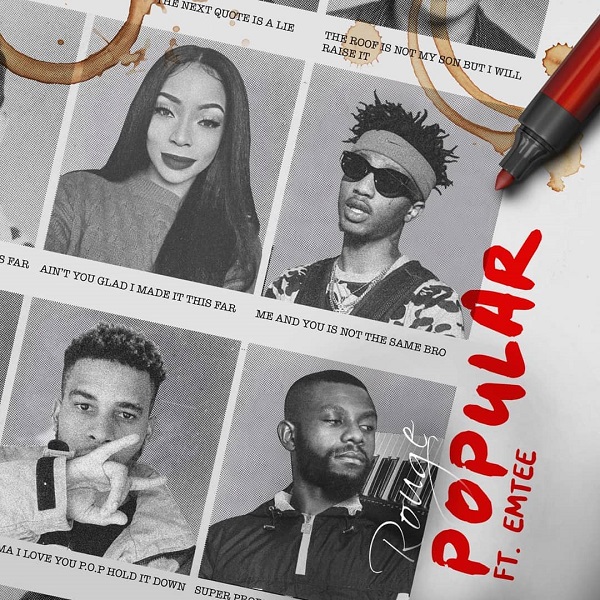 On the new record, ‘Popular’, Rouge and Emtee bounce on the heavy instrumental to deliver a new banger this summer.

In addition, Rouge moves away from her previous 15-tracks project, ‘The New Era Sessions‘ album.