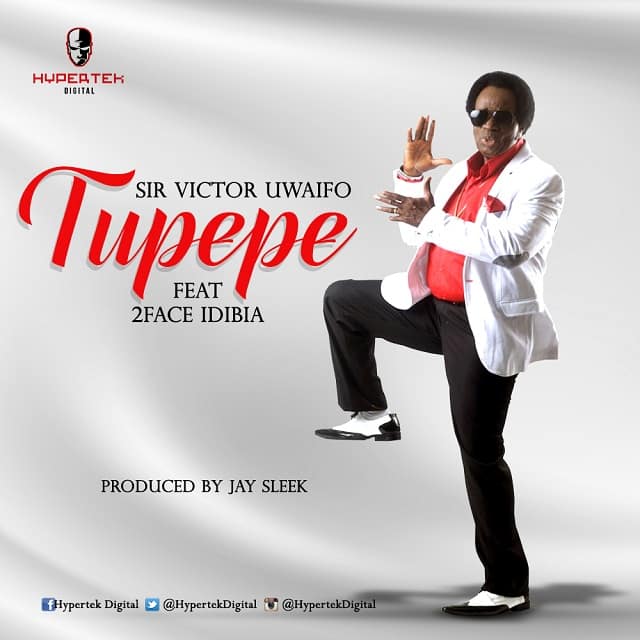 Following the raucous reception music legends Sir Victor Uwaifo and 2face Idibia received for the duet performance of ‘Tupepe’ on the ‘Eargasm’ Concert Stage, Hypertek Digital/960 Music is pleased to announce its release as the second single from the album ‘Legend Reborn’.

‘Tupepe’ is produced by the super talented and versatile Jay Sleek whose Midas touch has seen him work with legends from 2Face Idibia, Sir Victor Uwaifo and recently Orlando Julius.

The song marries the essence of rural Edo sound that has been well exported by Sir Victor Uwaifo with contemporary Nigerian pop leading to a song that appeals to all ages.

The video for the song, directed by Clarence Peters is scheduled for release in a few days. It promises to be a spectacular visual treat starring both legends.

Sir Victor Uwaifo through Hypertek Digital/960 Music Group released his latest album ‘Legend Reborn’ on February 3, 2015, a double album. Volume 1 consists of throwback classics such as ‘Joromi’, ‘Guitar Boy, while the second volume contains fresh songs done in collaboration with some of the biggest and talented artists and producers today.

Sir Victor Uwaifo, is a world class Sculptor, an academic, a writer, a world class performer and musician and his music has impacted people across the world.