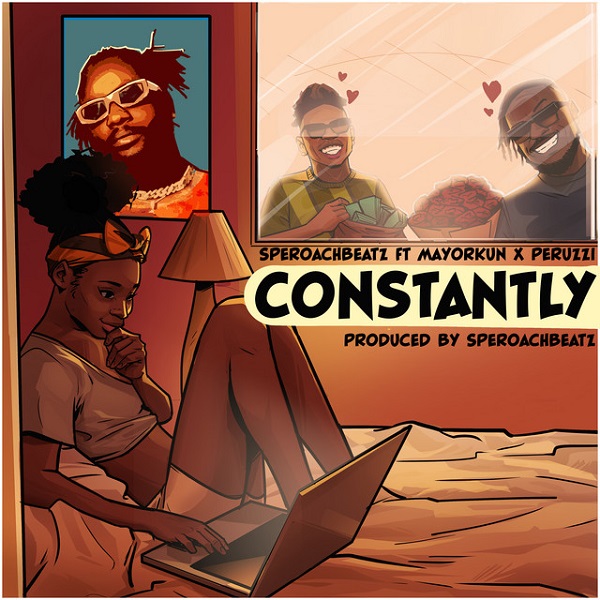 This time, Speroach Beatz links up with Mayorkun and Peruzzi who assisted to give the good melodies to the Afrobeat number.

Speroach Beatz has been around for a while creating a masterpiece year in, year out for the like of Davido, Mayorkun, Peruzzi a few to mention.

The record producer will be trying out his music versatility with his new record ahead of his forthcoming project coming soon.

Listen to ‘Speroach Beatz Constantly‘ below;