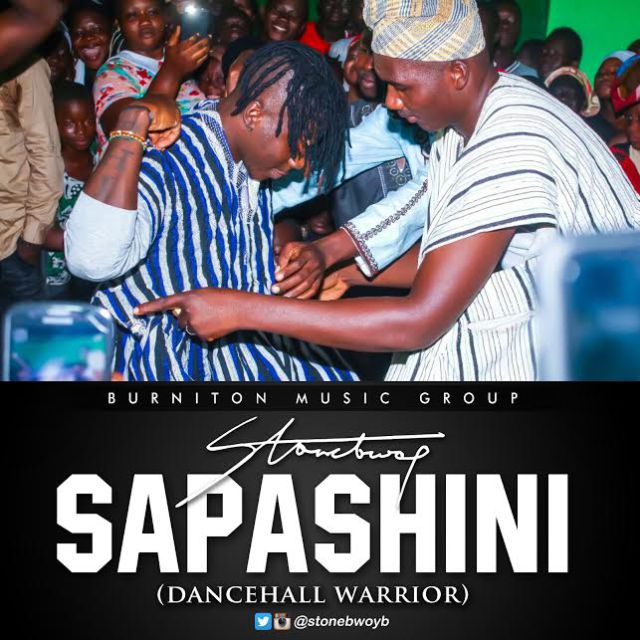 The BET award winning act still on the dancehall journey. Which he drops this tune after he was enskinned by the Paramount Chief of Tamale, Gukpegu Naa (Naa Alhaji Abdulai), as the “Dancehall Warrior”.

According to Gukpegu Naa, the dancehall warrior has for the past years now used his music to shield the weak and the oppressed.

“Stonebwoy has been a powerful force that fights to defend his turf in the music industry. He uses his music as a tool to defend the weak and oppressed; he is a warrior. He is the Sapashini of Dancehall — Dancehall Sapashini.” He said

Close sources reveal that, the Paramount Chief only enskins people personalities he holds high in esteem and so Stonebwoy joins the short list of lucky personalities.

Stone Bwoy has also pledged to work with more artistes from the north and to promote them to the masses across the country and world.

Check out the the New wave by Stonebwoy ‘Sapashini’, which was mixed by Beatz Dakay.