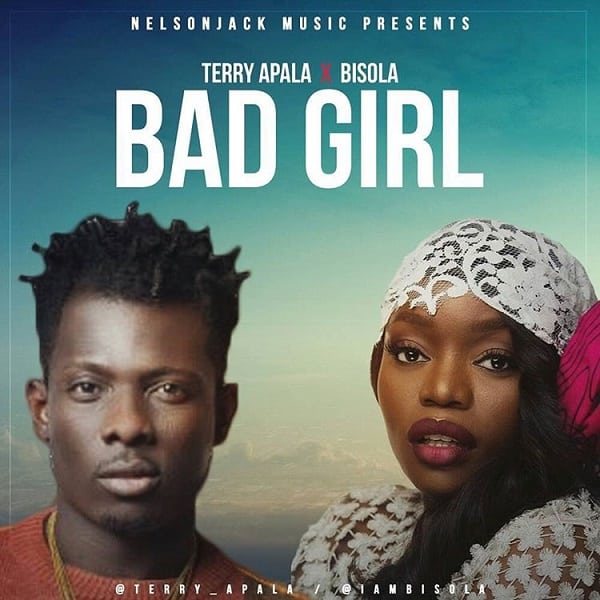 “Apala Hip-Hop sensation, Terry Apala is on a winning streak this year thrilling his fans with hit after hit. Following the release of his critically acclaimed cover to Ed Sheeran’s hit single shape of you, Terry Apala teams up with Big brother Naija Runner-up Bisola, on a Mid-tempo tune titled “Bad Girl”.

Terry Apala shows his versatility once again on “Bad Girl”, the song produced by Benie Macaulay tells an intriguing story of how he meets a lady and wants to be with her, with a top notch sound as usual, it is evident he is set to strongly sit on the throne as the “New Skool King”.