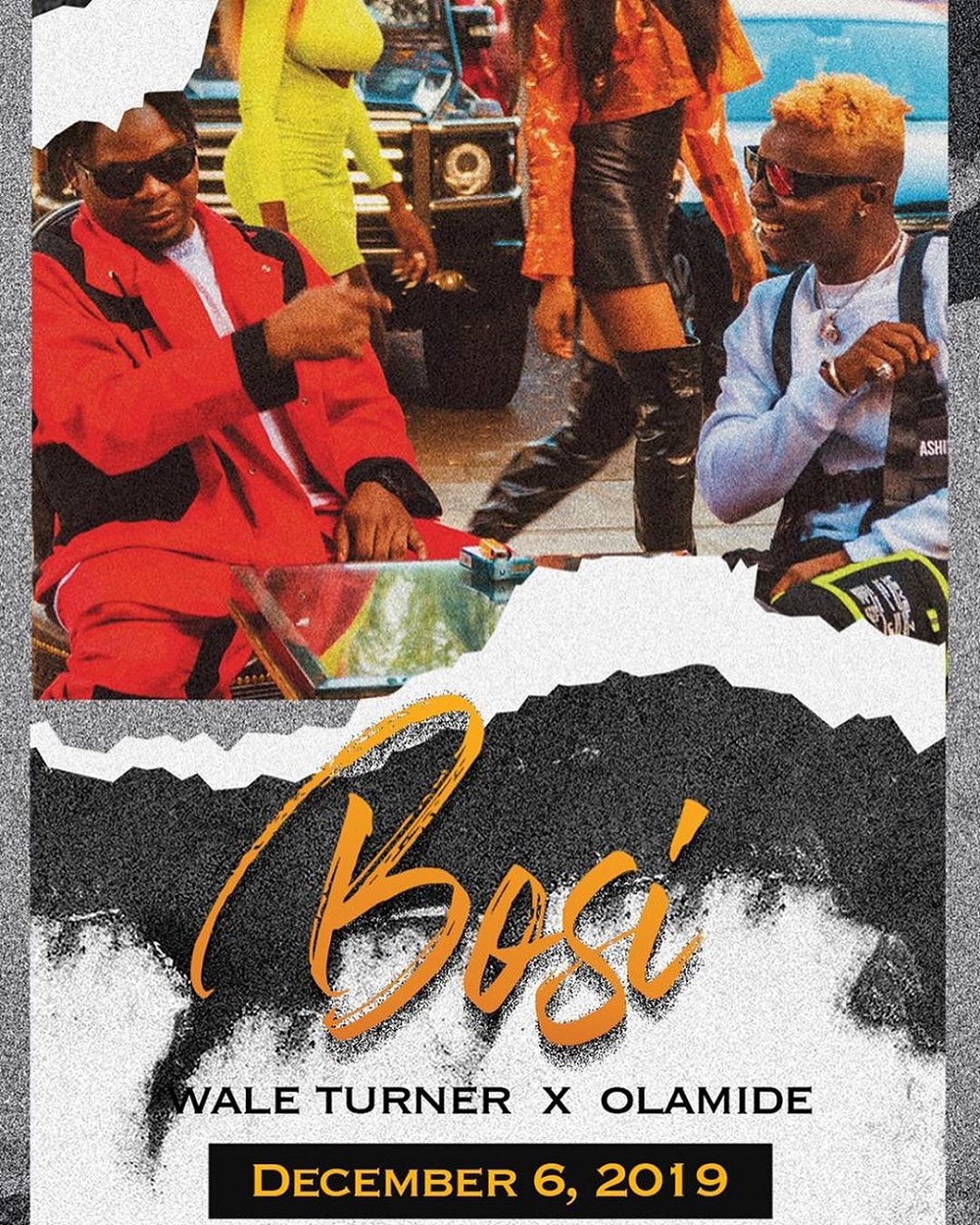 On this new single ‘Bosi’, Wale Turner collaborates with YBNL Nation general, Olamide who did justice as usual.

However, this new entry follows his previous song tagged, ‘Aristo’ which talks about sugar daddies popularly called ‘Aristo’ in Nigeria.

In conclusion, the song was produced by serial hit-maker, Rexxie, mixed and mastered by Spyritmix.