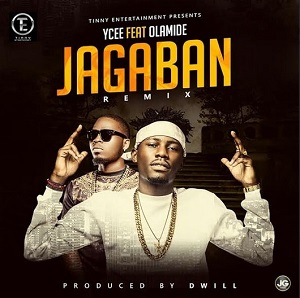 The single Jagaban by Ycee made wave across the country and brought Ycee to the attention of many in the industry. After the success of the original hit, Ycee employs the services of YBNL boss, Baddo Olamide to give us the remix and it’s an awesome collabo.

YCEE and Olamide go head to head on this jam spitting indigenous Yoruba rap lines like they were high on ####. Dwill killed it on production while Indomix did what he does best with the mixing.