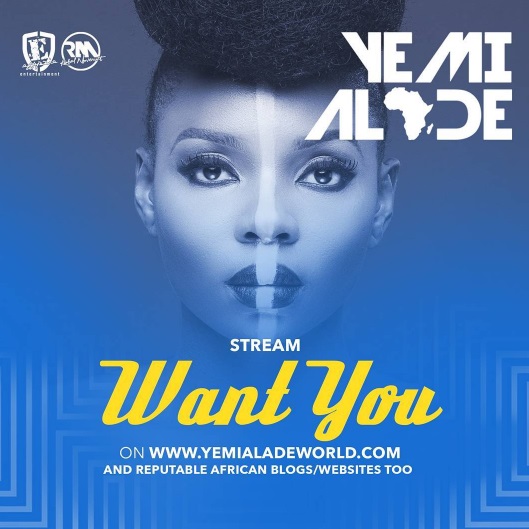 Yemi Alade is currently the most viewed African female artiste of all time, with over 80 millions views on YouTube; and is popularly known for her smash single “Johnny”, her chart topping albums “King of Queens” and “Mama Africa: The Diary of an African Woman”.

Yemi Alade who is praised for her energetic live performances, electric stage presence and strong vocals releases a new single titled “Want You”, poised to be a summer anthem. The track is produced by raved producer Maleek Berry and has been described as phenomenal fusion of EDM and Afro-Caribbean music.

“WANT YOU” ON GOOGLE PLAY: http://smarturl.it/WantYouGooglePlay

“WANT YOU” ON ITUNES: http://smarturl.it/WantYouiTunes