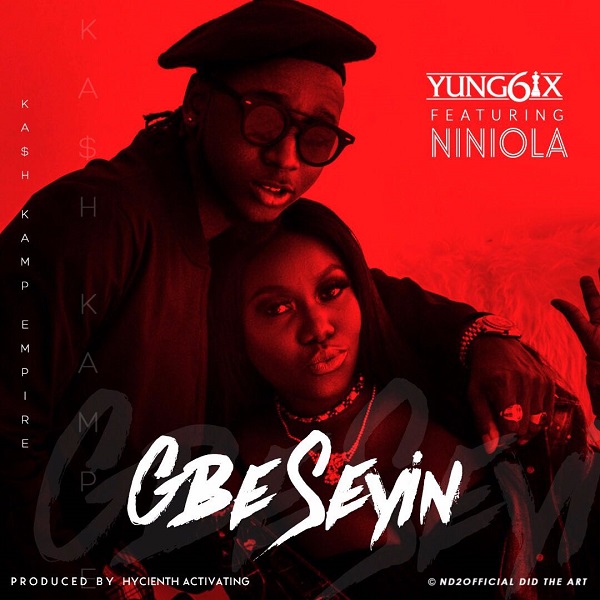 “Hip Hop force – Yung6ix has had a stellar year with singles like “Money Is Relevant” featuring Percy & Phyno, “Let Me Know” featuring Davido and “No Favors” featuring Dice Ailes.

The rapper is gearing up to release his sophomore album entitled “High Star”, to stoke up the ember he has decided to release one of the standout songs on the LP as a single.

The song entitled “Gbe Seyin” features raving Afro-House act – Niniola and together they both put out a radio friendly single.”