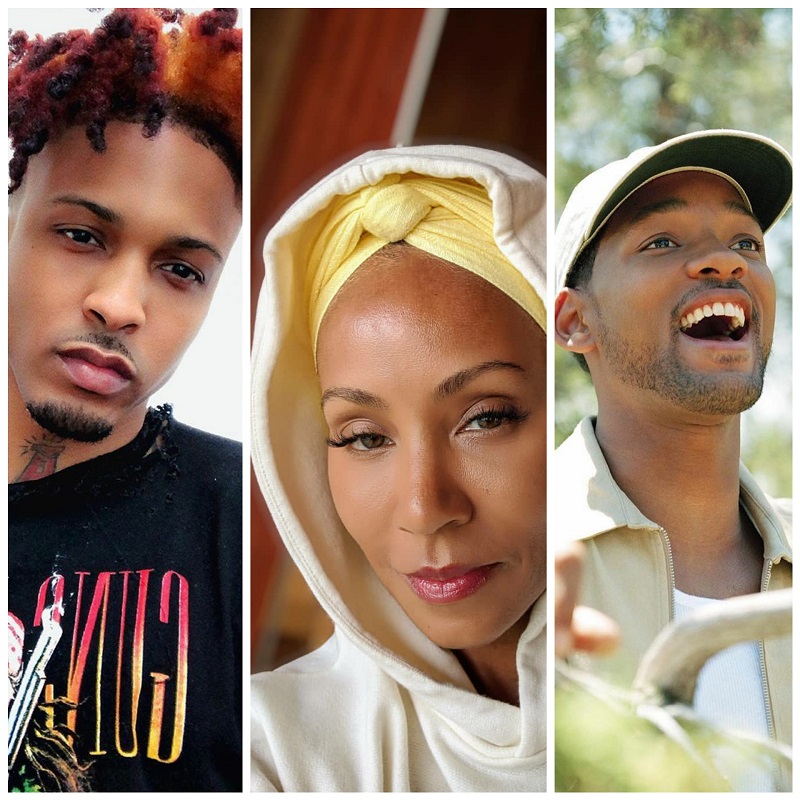 August Alsina has come out with a shocking revelation that he was in a relationship with Will Smith’s wife, Jada Pinkett Smith for four years.

The singer made the shocking revelation during a chat with Angela Yee on the “The Breakfast Club.”

According to him, Will Smith gave his blessing to the relationship, “I actually sat down with Will [Smith] and had a conversation due to the transformation from their marriage to life partnership … he gave me his blessing.”

The singer also stated he gave himself to the relationship for years of his life and he truly and deeply have a ton of love for the actress.

He further said that the love he has for the family is so much that him walking away from the relationship butchered him.

” I know that I am completely blessed and this conversation is difficult because it is so much, that it would be hard for people to understand but once it starts to affect me and my livelihood I have to speak up about my truth

Because I love these people. I really, genuinely do. I have never been in love that kind of way so much that being intertwined in that way and walking away from it butchered me,” he said.

Although representatives for Jada Smith told Page Six that August Alsina’s story is “absolutely not true.”