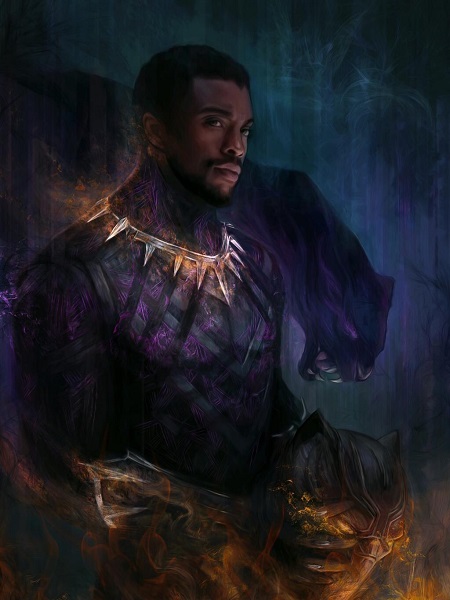 American actor, Chadwick Boseman popularly known for his role as the ‘Black Panther’ has reportedly died at age 43 after a four-year battle with colon cancer.

The actor who has has battling with colon cancer since 2016 died at home with his family and wife by his side, according to a statement posted on his Twitter handle.

The statement furthered read; “A true fighter, Chadwick persevered through it all, and brought you so many of the films you have come to love so much,”

“From Marshall to Da 5 Bloods, August Wilson’s Ma Rainey’s Black Bottom and several more, all were filmed during and between countless surgeries and chemotherapy.”

With his role as King T’Challa in the boundary-breaking film “Black Panther,” he became a global icon and an inspiring symbol of Black power. That role was the “honor of (Boseman’s) career.”

Chadwick Boseman did not just play a superhero, he was a superhero playing those roles whilst battling colon cancer. The world has yet again lost a black icon.