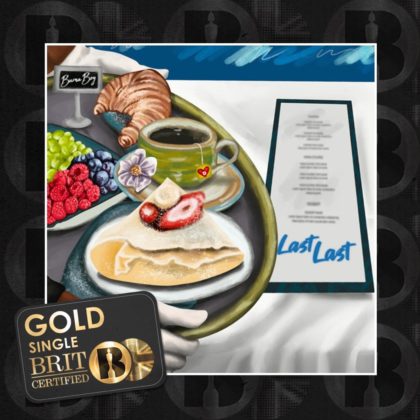 GRAMMY Award-winning singer, Burna Boy has received a Gold certification in the United Kingdom for his sensational single ‘Last Last’

‘Last Last,’ is part of Burna Boy’s latest project,  Love, Damini which has been dominating the music space since its release. The announcement was made on Brits Awards official Twitter page on the 23rd of September with the cover art of “Last Last:”  spotting a gold stamp.

The song will serve as Burna Boy’s third Gold certification after selling 400,000 units in the United Kingdom. Recall that the African Giant album and ‘Ye’ has also gotten the Gold Certification.

Finally, Burna Boy is the Nigerian and African artiste with the most Gold certifications in the region.