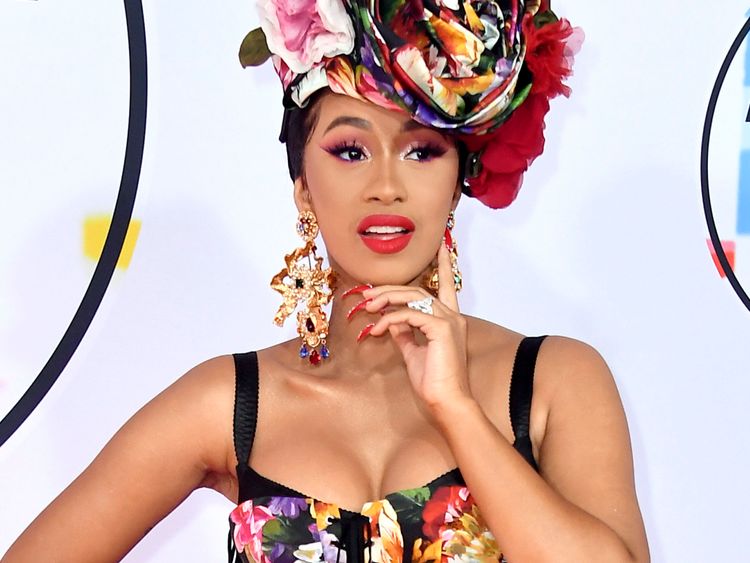 The shutdown is due to the fact that, Trump insists he would not agree to open the government until Congress signs off on his demand for $5.7 billion to build a wall along the border with Mexico, which he argues is needed to prevent illegal immigration.

In a video Cardi B posted on her Instagram handle: @iamcardib, the rapper shades President Trump, sharing her thoughts concerning federal workers who are currently working without pay.

Her words: “Trump is now ordering, as in summoning, federal government workers to go back to work without getting paid”

She also  warned people not to compare Trump’s regime to that of Obama’s time arguing that it was done for healthcare.

“Now, I don’t want to hear you motherf—–s talkin’ about, ‘Oh, but Obama shut down the government for 17 days. … Yeah b—h, for health care. So, your grandmother can check her blood pressure and you b—-es can go check out your p—ies at the gynecologist with no motherf—in’ problem.” she said.

She further went on to say, it is time for actions and she suggested everyone should take this serious.

“I know that not a lot of y’all don’t care because y’all don’t work for the government or y’all probably don’t have a job, but this s–t is really f—in’ serious, bro. This s–t is crazy,” she continued. “Our country is in a hell hole right now all for a f—in’ wall. Everybody needs to take this seriously. I feel like we need to take some action. I don’t know what type of action, b—h, because dis not what I do, but b—h, I’m scared. This is crazy and I feel bad for these people that got to go to f—ing work to not get motherf—ing paid.” she concluded.

I know a lot of ya do r watch the news so I’m letting ya know shit getting real …..I ain’t going to say nothing much tho I don’t want mofos to off me…..ANYWAYS TWERK VIDEO OUT NOW