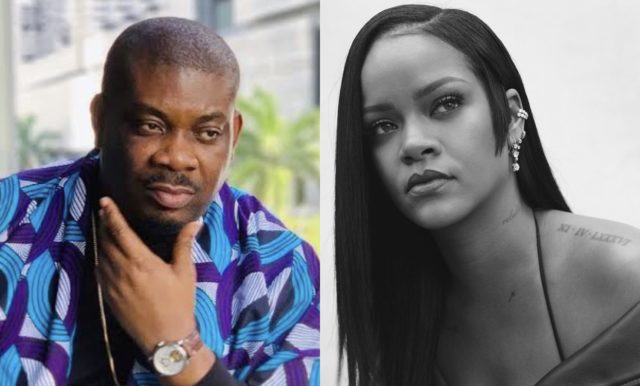 Finally, after the hilarious posts by fans and fellow artistes, Don Jazzy has finally reacted to the news that his longtime crush, Rihanna has openly announced her pregnancy with rapper, ASAP Rocky.

After the news of Rihanna’s pregnancy broke Don Jazzy has been trending viral on the social media most especially Twitter, and he has now reacted via his Twitter social media page on Monday, the 31st of January 2022.

The Mavin record label head boss and honcho, Don Jazzy, who over the years had shown that he has a crush on the Grammy-winning songstress, is the topic of the Nigerian twitter space currently, after his “sweetheart” is about to bear a child with American rapper, A$AP Rocky.

Today, news of the songstress and fashion mogul expecting a child broke out, accompanied by photos of her and her man in an outing in A$AP’s hometown, Harlem, where the songstress made public her bare baby bump.

Teasing the Mavin boss, Twitter users launched a sort of campaign to check on him, as his crush had decided to give his dream a fatal blow.

Don Jazzy has now come online himself finally to react to the news of Rihanna’s pregnancy by sharing the photo of Rihanna with ASAP Rocky, Don Jazzy wrote, “Afternoon Breakfast”. 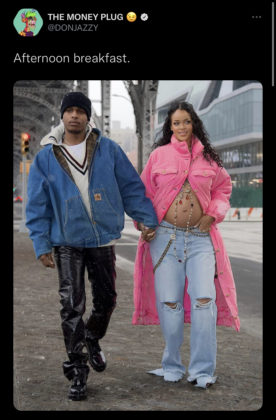