The Machala crooner as he is popularly known, has given his fans and followers a topic to discuss after sharing on his Twitter account @carterefe on his latest expensive acquisition.

YOU MAY ALSO LIKE; Carter Efe – Machala ft. Berri-Tiga

Earlier today, the skit maker and singer walked into a parking lot and opened up a Black Mercedes Benz SUV. He also shared moments where he acquired the new ride on his Instagram story channel @carterefe which led to fans wondering how celebrities get money to buy expensive items.

Above all, the comments and congratulatory messages from fans has caught the attention of many. Celebrities have also congratulated the comedian on his new Mercedes Benz ride, some of them inquired to know the price of the automobile.

Ashley_sleek: “There’s really money in this music thing abeg, I need to start singing too soon.”

Onetouchlogistics860: “The money dem take give am for Brand Ambassador not even 24hrs Real Machala.”

In addition, Carter shared a video of the new ride covered up with a white cloth, as he unveiled it to the public. 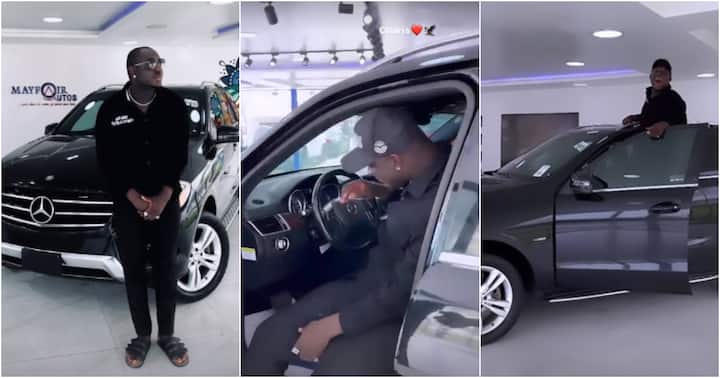 Also following the recent news on popular Nigerian dancer, Iweh Pascal Odinaka professionally known Poco Lee has acquired a brand new whip, 2019 Ford Mustang. The excited internet sensation made this known in series of posts shared via the insta-stories section of his official Instagram page where he shared the luxurious car worth N28million, which has got many fans talking.