Prior to the upcoming release of the album ‘More Love, Less Ego’, Wizkid raises eyebrows at a possible collaboration with a ‘Frenemy’.

In a new video clip trending on Twitter, the Nigerian singer hints at a song collaboration with someone people considered his enemy. He said;

“Somebody people said I’ll never make a song with because we’re not friends, we’re very good friends. It’s on my album too”.

Wizkid got a song with Davido? pic.twitter.com/10xZu39Iww

According to many, it is believed that the star may be talking about the DMW boss, Davido. Wizkid and Davido have not been tagged as best of friends even after performing together in 2019. The following event has led to their fans being at odds on social media, clamouring for support for their favourites, while dismissing the other’s success and talents. 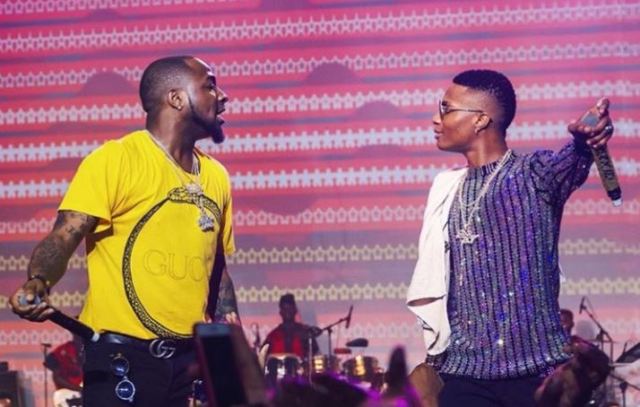 Davido and Wizkid Performing Together in 2019.

Earlier on, Wizkid announced the upcoming album ‘More Love, Less Ego’, which is due out on 3rd November. The album is set to include the captivating single ‘Bad To Me’ which was produced by the star’s longtime collaborator P2J.

Accompanying the announcement, Wizkid has released a single titled ‘Money & Love’, which arrives with an official video. The soon-to-be-released album is Wizkid’s fifth studio album.