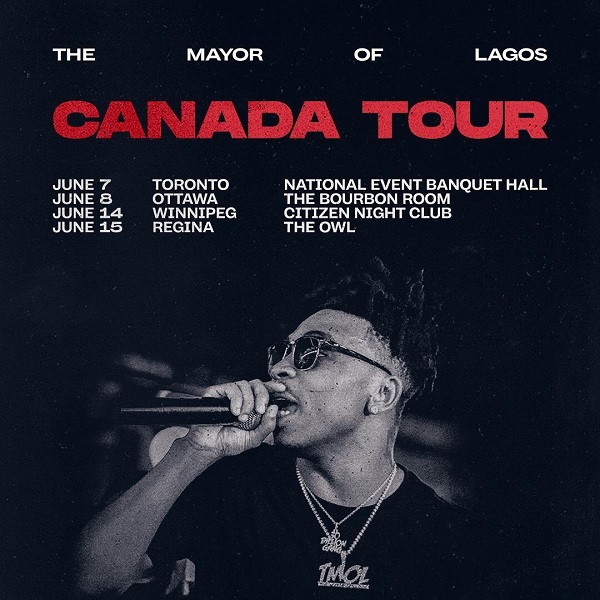 ‘The Mayor Of Lagos’ Canada Tour is scheduled to kick off from the 7th-15th of June, with Toronto, Ottawa, Winnipeg and Regina as the major cities for the event.

Similarly, the concert is germane to promote his debut album, ‘The Mayor of Lagos‘, released in November last year.

CANADA !! The Mayor Of Lagos is coming! Toronto, Ottawa, Winnipeg & Regina see you all in a bit! 🙏🏾