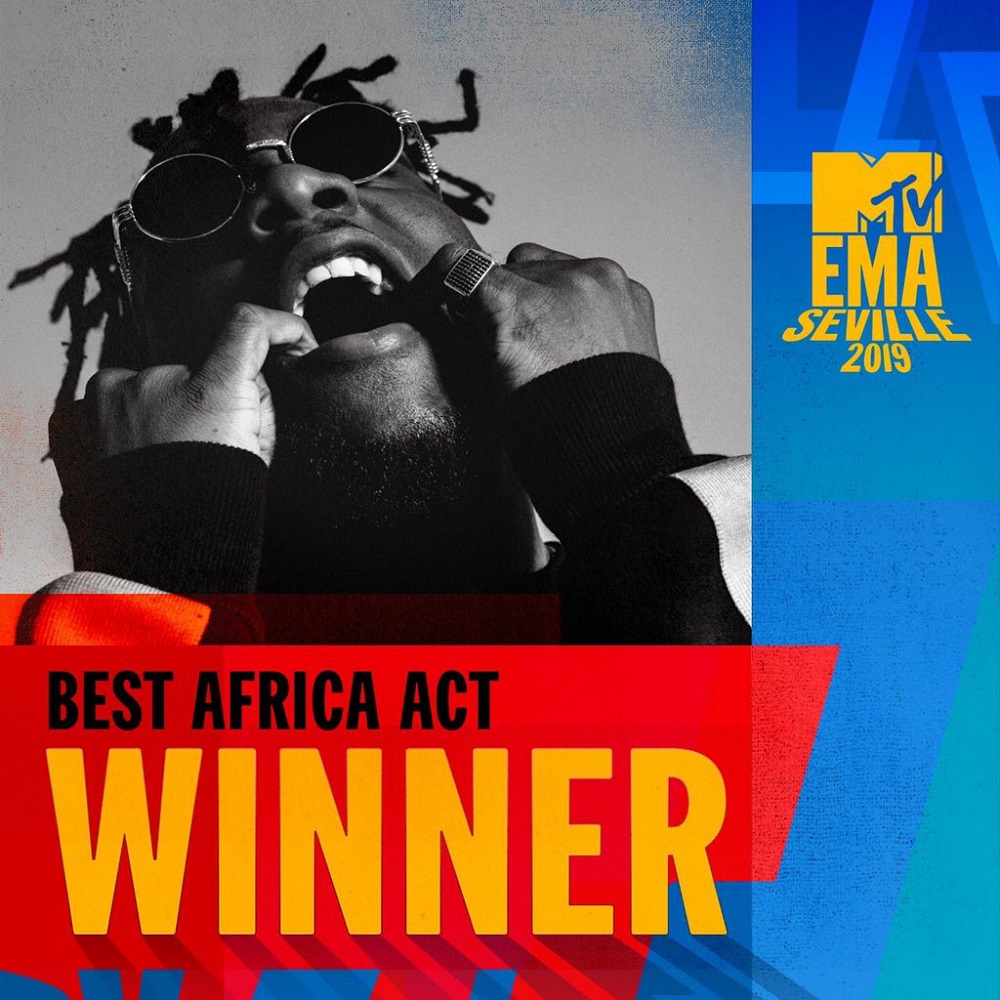 African giant, Burna Boy has been crowned the winner of the “Best African Act” at the just concluded MTV EMA which was held at the FIBES Conference and Exhibition Centre in Seville, Spain.

In a related news, Burna Boy made history last night at the United Kingdom as he became the first Afrobeat artiste to sell out the 12,000 capacity SSE Arena.

The like of American singer, Billie Eilish coped the plaque for the best newcomer and best song for “Bad Guy”.

Best video – Taylor Swift, “Me!”, with Brendon Urie, Panic! at the Disco