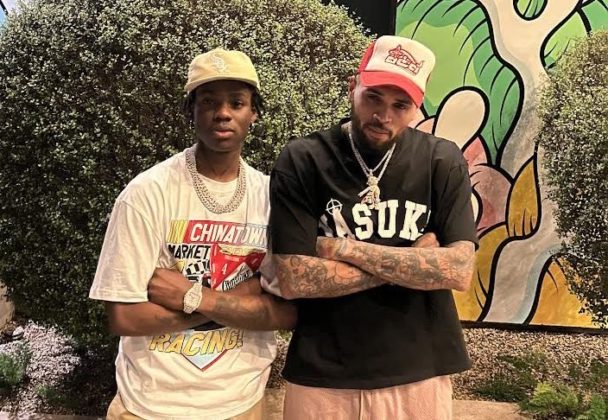 The fascinating news was revealed by Mavin Records on their Twitter page with a photo of Rema and Chris Brown and a caption, Rave Lordé & Chris brown Calm Down, it’s a Big linkup!

In addition, Rema is expected to release his debut album ‘Rave and Roses Album’ on March 25, 2022. The project is expected to consists of 15tracks and features, American singer 6lack, British rapper AJ Tracey, and French singer Yseult.

With the new revelation by Mavin Records, there might be a possibility that Chris Brown will feature on Rema debut album. Let’s hope and anticipated an interesting project.