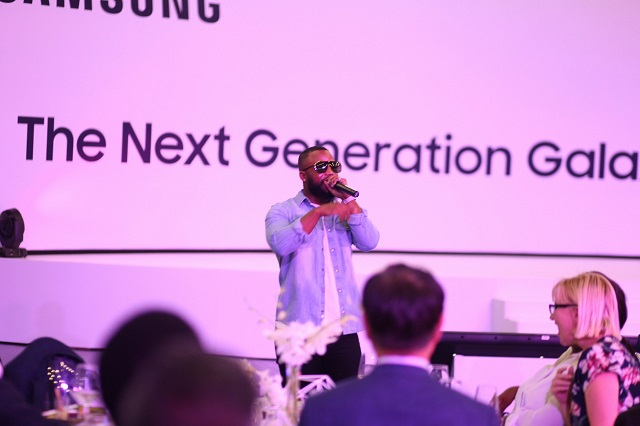 South African heavyweight rapper, Cassper Nyovest has been unveiled as the new brand amabassador for the electronics and smartphone giant, Samsung.

This was made known few hours ago at the official launch of the new Samsung Galaxy S10 in South Africa hosted by Minnie Dlamini Jones and Maps Maponyane.

At the night, Cassper Nyovest had the stage, he dropped quite some interesting freestyle to cheer up the guests.

It's OFFICIAL, @casspernyovest has joined the family! 💃🏾🕺🏾😀😛 Issa party up in here. #Unpacked ^KM https://t.co/phfkhdeBAu