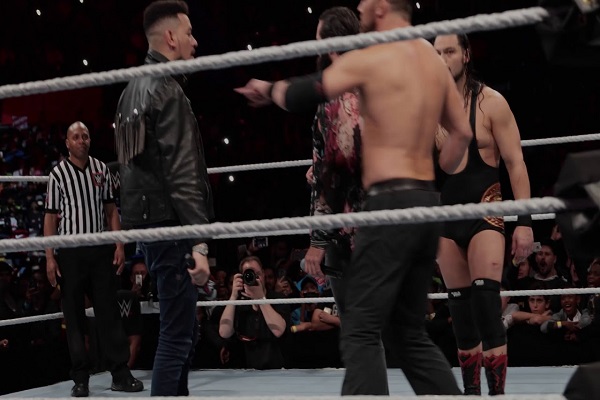 South African rapper, AKA continues to push boundaries in the African hip hop scene – this time with a drama filled appearance at the South African leg of the WWE tour.

Mega superstar, AKA was invited to make a special appearance in the ring when the WWE stars where in Pretoria and Johannesburg over weekend.

.@akaworldwide in #TitusWorldwide?! South African star AKA made a special appearance in front of a SOLD OUT crowd in #WWEJohannesburg! pic.twitter.com/AK8i5452WS

This weekend has been a dream come true. Thank You @WWE for an experience I will never forget. ?? #WWELIVE #WWEJHB ?? pic.twitter.com/BOreed2ijY

With this AKA becomes the first African artist to appear on WWE and the 7th rapper in the world, to feature in the WWE tour.