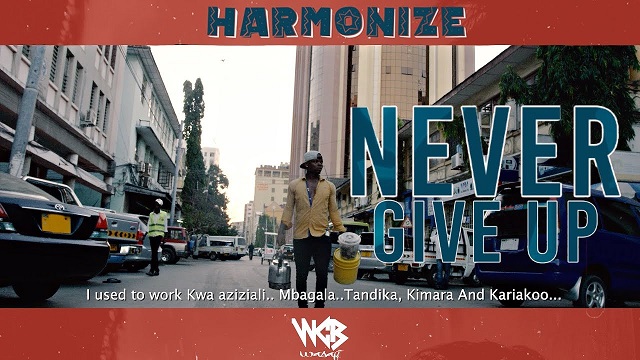 Harmonize – Never Give Up

WCB Wasafi Record singer, Harmonize has released the official music video for his new single titled: Never Give Up.

Never Give Up is a true life story of Harmonize. The song outlines all the struggles, challenges ad hustles from where he grew up to what he is now…!

Let it inspire everyone NEVER GIVE UP God has plans for you..!

RELATED: Harmonize – Show Me What You Got (Remix) ft. Nyashinski, Yemi Alade

The video was shot and directed by Director Kenny from Zoom Production covering areas in Mtwara and Dar es Salaam Tanzania.

Harmonize – Never Give Up VIDEO MP4