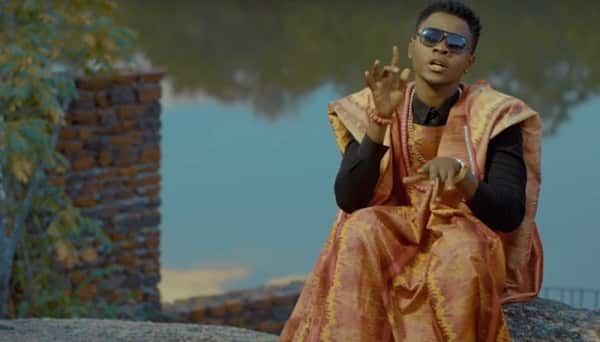 Imagine a love that is stifled by doubt, one that is cut back in its expressions by uncertainty and a morbid fear of the unknown-if the parents of your partner will give their blessings to your union. That is the story told in these visuals for “JOMBO” off the critically acclaimed album “NEW ERA” by KISS DANIEL.
The video which was directed by Ani James for AJE Filmworks for G-Worldwide Entertainment, follows the journey of a young couple as they try, first with initial reluctance, and finally success to introduce their affair to the lady’s parents.
Ani James explores the use of humour to weave a story that is relatable in its execution, and inspiring in its message of love serving as a bridge builder between people from different tribes and generations.
JOMBO is the first video to be shot off the NEW ERA album after the release of the first four singles “WOJU”, “LAYE”, GOOD TIME” and “MAMA” on the album.
The song was produced by MASTERKRAFT, and has since become a fan favourite among fans, and especially with the various audiences that attended the recently concluded KISS DANIEL USA TOUR across major cities in the United States.