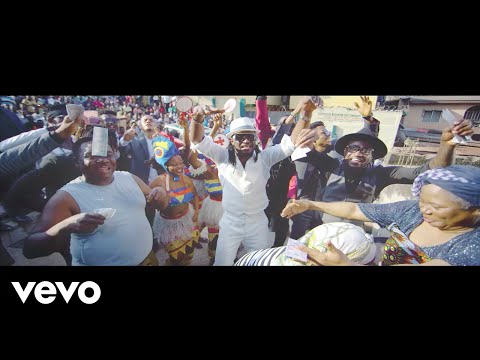 Just as the saying goes “A setback is a setup for a grand comeback”, this certainly applies to the multi award-winning singing duo that is P-Square as the drop their latest music video “Bank Alert”.

Following the recent public apology to fans by Peter Okoye and announcement of reconciliation between him, Paul Okoye and Jude Okoye, Nigerian singing duo P-square have Released the audio and video for The new single titled ‘Bank Alert’.

“Bank Alert” Happens to be their first collaboration together since they both began solo careers on the side.

Bank alert is a must listen tune which sure give’s back the P-Square Old days, the two brothers one’s again come together to create a party serenade tune which Brings back the Vibe of the African Fell good music.

The video which has cameo appearances of the legendary Onyeka Onwenu, Mr Ibu, Phyno and a host of other artistes. Directed by Clarence Peters and Jude Okoye for Square Records.

Bank alert is already trending on the street and i guess it’s safe to say that The Brothers have got much to offer and are definitely back with the hottest Vibe.