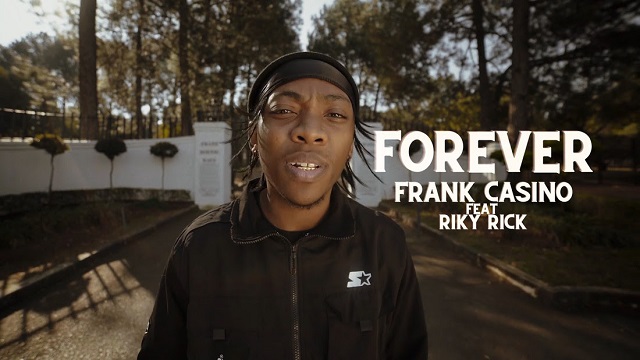 Frank Casino and Riky Rick flow together like yin and yang on their new single, “Forever”, which drops with accompanying visuals.

With the audio and visuals debuting yesterday on Metro FM and MTV Base respectively, “Forever” is pegged it be even bigger than Frank Casino’s first collaboration with Riky Rick on his 2017 “Whole Thing (Remix)” which was critically acclaimed and forged a brotherhood between the two multi-award-winning musicians.

On their latest collaborative single, both rappers combine witty bars, distinctive ad-libs, and slick wordplays to create a thrilling hard hitter. The wavy beat creates a cushion for the hard-hitting bars that spread throughout the song whilst simultaneously prompting listeners to bob their heads.
In the first verse, Frank Casino talks the talk as he unleashes words like bullets from a gun, and from there you can’t help but stay hooked on the track till the end.
DOWNLOAD AUDIO
Watch “Frank Casino Forever Video” below;