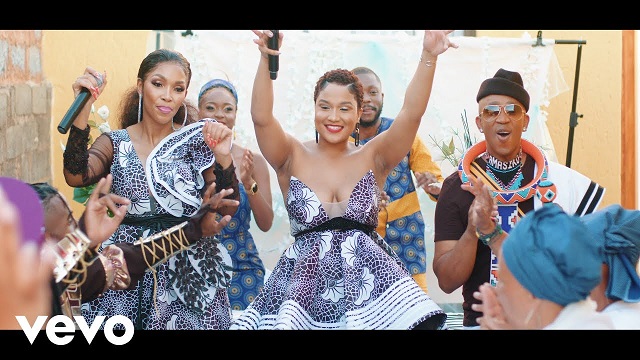 Mafikizolo collaborates with South African vocal powerhouse, Simmy. It serves as their debut record for the year.

“Mamezala” was coined from Zulu origin, which literally means ‘Mother’ in English. A special record from Mafikizolo and Simmy.

The song was produced by Sun-El Musician and Kenza with a video directed by Dale Fortune.