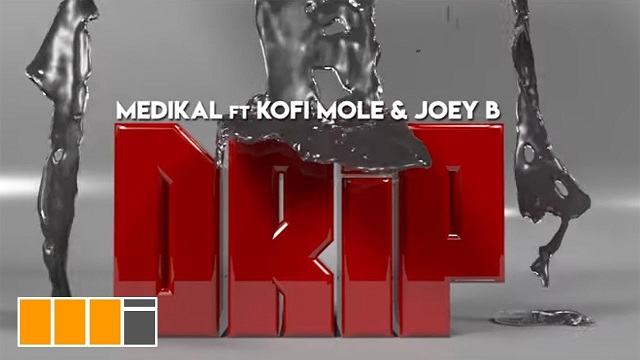 As his fans eagerly awaits his upcoming work, Medikal releases a new visual to the hip-hop record dubbed, “Drip“, produced by Unkle Beatz.

AMG Business rapper, Medikal collaborates with fellow Ghanaian Joey B and Kofi Mole. It is following Medikal’s new joint “To Whom It May Concern” which serves as follow-up to “Vamijo“, “Time Changes” and his Davido assisted single “Father“.

Video directed by Yaw Skyface. Medikal has also previously announced his forthcoming project, “The Plug” EP which is due for release.