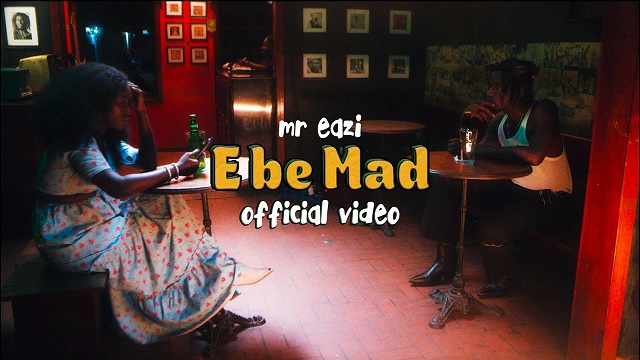 The week, Mr Eazi rolls out a new music video to his song “E Be Mad” which was released few weeks ago.

The HighLife infused number, ‘E Be Mad‘ has a combination of Saxophone and guitar which made the song interesting to listen.

Kel P and Jaylon combined effort to deliver a wonderful blend of two genres, ‘Afrobeats‘ and ‘HighLife‘ to gives us something special.

‘E Be Mad‘ was one of the songs on Mr Eazi’s recently released project, ‘Something Else‘ extended play which serves as an insight to his forthcoming project.

The Ademola Falomo-directed visual was shot in one of the West African countries and depicts the true meaning of the song with creative ideas.