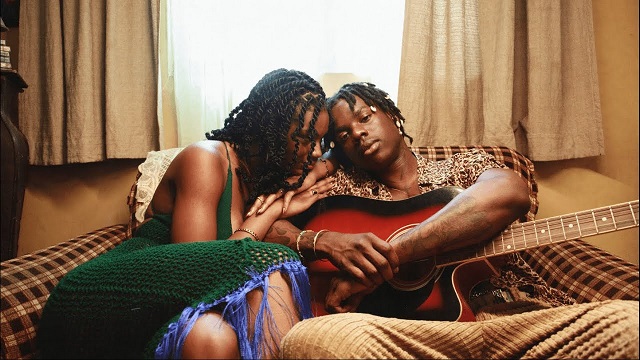 The song ‘Dirty’ is lifted from his recently released album body of work dished out this year with the title ‘Rave and Roses.‘

Furthermore, ‘Dirty‘ serves as the third official track on the album following other banging records like ‘Soundgasm, Time N Affection,  Calm Down, FYN‘, and lots more.

Finally, ‘Rave and Roses‘ is a 16-tracks album is a solid work with production credit from Sarz, London, Andre Vibez and others.

Girl, I never wanna see you sober
Come rest upon my shoulder
The key to my heart dey for your key holder
Yeah-yeah, ayy, hmm
She like it when I rub on her head
Mhmm, she like it when I rub on her back, mhmm
She tell me, “Baby don’t stop that”, yeah-yeah, ayy
She say she wanna get a little dirty as she rub on my chest
Shawty start to give me sloppy-sloppy
She make a man confess, she make a man go

Check out more songs from Rema on NaijaVibes;